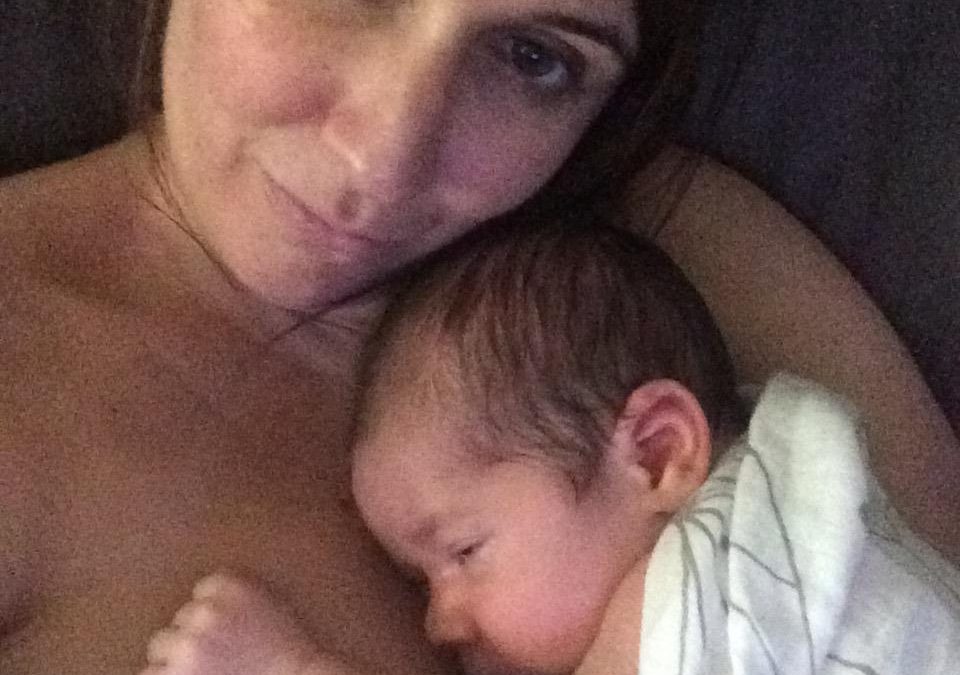 Arlo rocketed into this world on a sunny Saturday morning in May. It was a moment that I had been preparing for my whole life. Yet, no matter how many times I watched a birth on a sitcom, I was not prepared for the real thing.  The moment was full of anticipation, panic, utter helplessness, and a pain in my stomach. There were no laugh track as with a sitcom birth, and I’m certain my pain was in no way comparable to my wife’s pain. 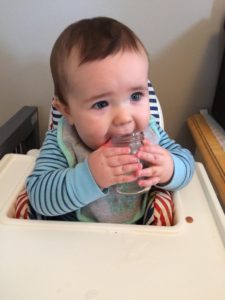 As an expectant father and a mostly boring person, I rarely go out at night and do anything past 10 pm. However, the night of Arlo’s birth I was sitting at a bar with my childless friends. My phone was dead and it turns out my wife’s phone was also dead. Dead phones make communication difficult in 2017- fortunately, I have friends and messenger pigeons. The car ride back to our apartment was surreal. Was this really happening?  Prior to this moment, my brain had not fully understood a baby was growing in my wife’s bell. Once home we monitored the contractions. My wife wandered around the apartment in the dark making subtle moans. I was calm at this point. Perhaps I was dreaming? But lo and behold, the contractions were getting closer together. At 3am I called the midwife. Then I turned off PBS and called our actual midwife Heidi at HeartSpace. Lauren’s moans became louder and more intense. Those 20 minutes waiting for the midwives were an eternity. It was made clear by my wife that the midwives represented the eternal mother and their presence was needed to calm her at once – a job that I lacked credentials in.

The midwives arrived and began carried all their equipment in to our dark basement apartment. If a neighbor witnessed, they may have thought we were setting up a rave or exterminating ghosts. Lauren’s moaning and pain became more pronounced. My sister in-law showed up to join me in my helplessness. The night was both the longest and shortest of my life. I was a kid again, up all night with a nervous pain in my stomach waiting for a vacation or Santa. My wife’s strength and courage in these late night moments was impressive. Lauren is an extremely phobic and nervous person, but she handled giving birth like a goddess carrying a sword of fire. The whole time I was fuddling around with the birthing pool, monitoring the temperature, pretending I could breathe. In hindsight, birthing pools may be created to keep the man busy to ensure his heart doesn’t jump through his throat. There were times when Lauren was in rapture with the purest pain and I simply could not handle the helplessness of it all. I wanted desperately to push a button and take away her pain. Thankfully our midwives’ assistant Mary is a magical baby charmer. Mary helped my wife to stay calm and breathe in what can only be explained as mystical out of body experience.  My wife made it clear from the beginning I was not hired for a calming job. After many subtle suggestions from the midwives to relax, I cracked and forced myself to sleep on the floor. I’ve done a lot of crazy things in my life. I have traveled to breathtaking landscapes, surfed on a small beach in Nicaragua, and gardened with a convicted murderer in Arkansas, but nothing was as transformative and spiritual as the birth of my child. That night was the greatest high and the longest journey. I was on Pluto and I was learning to live in a new atmosphere. 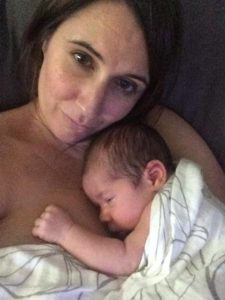 I heard the pop of the water and Lauren was ushered back into our room. “Holy shit ,that sounded weird, a baby is actually about to come out my wife?” I went to wake my stepson who had miraculously been sleeping through the most impactful and chaotic scene of my life. Oliver woke, unsure if he wanted to see this new alien life come out of his mom.  Maureen, Heidi, and Mary were gathered around Lauren helping her through the pushing. Our little white shih tzu was lifting herself up on the bed to see what all the commotion was about.  My sister-in-law had two phones in her hands for double documentation. I was a mess of emotions ready to sit on a beach and cry for days about how profound this moment was. At one point, Lauren yelled something funny that I was asked to omit from this story. The birth progressed. Heidi motioned me to look at the head peeking out. I feigned an impressed look, but truth be told what I saw looked nothing like a head.  As Lauren was encouraged to push, Heidi prepared me to catch the baby. My expectations did not match the reality of catching a baby. The child that shot out of my wife with force was wobbly, slippery, and hard to hold. The Midwives immediately helped guide the baby to my wife’s breast and Lauren let out a loud sigh. She said with amazement, “That’s our baby.” I was sobbing, tears coming down my face like “Niagara Falls.” I cut the cord and was brought in to the most joyous and frightening world. I was responsible for a tiny little gift from all the gods, prophets, and bodhisattvas of the world. 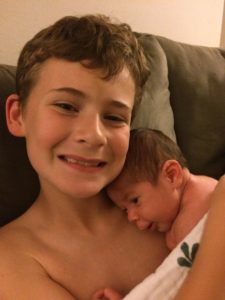 I could write about every detail stretching on for days and paragraphs. At the end of the story, and the beginning of a sunny morning, we were left in our bed with Arlo and our little family by our side. I have never accomplished that much before 10 am in all of my 30 years. I am incredibly grateful for the amazing support of HeartSpace midwifery. I could not imagine our birth in any other way. The kindness, knowledge, and compassion HeartSpace showed not only helped with the birth, but made the world seem a little bit warmer those 10-11 months we spent with them. It was a privilege and an incredibly rewarding experience to have our Arlo come to this world in our home. It is ironic that in this day and age, while a majority of mainstream American’s think of births in hospitals, I don’t have the imagination to conjure up what that may be even look like. Arlo is now seven months old. He is a lovely blue eyed young boy who melts my heart with a laugh every day.  Perhaps one day I will have to write an alternative birth story about becoming stepfather. There is no afterbirth in that story, however, the same fear and pure love wraps those moments in my memory in a similar way. I am grateful and blessed to have two healthy boys, a healthy happy wife, and our little dog, too.