A Birth Story From Dad’s Perspective 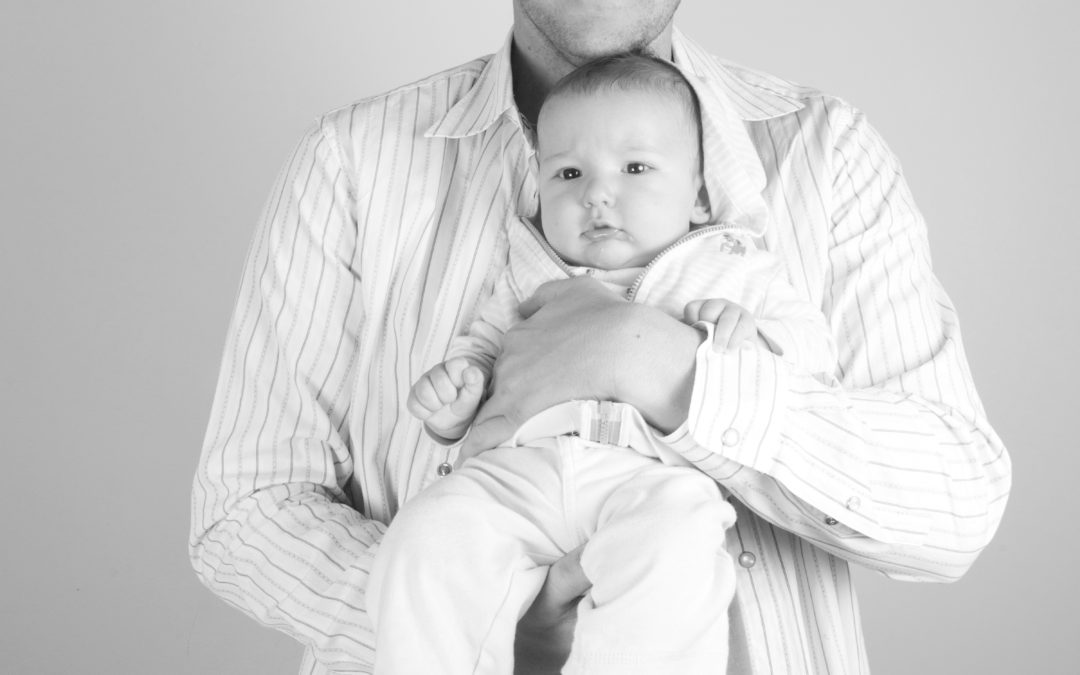 2am.  January 9th, 2012.  “Dale”  “Yes honey?”  “Can you fill up the birth tub?”  “Sure.”  It’s funny the things you think you will never be asked to do by your wife.  I knew that one day the little person she had carried around for months would arrive but until that day came, I had no concrete conceptualization of what the day would be like.  That is NOT my style.  I buy a board game: I read instructions.  I like projects: I know when they start and I can tell when I am done.  I run races: I know when they start, I know the route, I know when I am done.  So after filling up a birth tub at 2am on a cold January night and then having nothing happen, I didn’t know what to do next.

My wife’s a little better at improvising.  She came up with a list of things to do during the day.  We spent a few hours doing errands.  I was never so happy to be running errands.  It took my mind off the unknown.  When we returned home, it wasn’t long before my wife asked me to make dinner.  It was 3:30pm.  I knew she knew something was up.  Never mind she was having regular contractions, she wanted to have a good meal before it was too late.

There is an app for everything.  Apparently, there is an app for timing your contractions.  My wife was timing her contractions with the help of her cell phone.  She had made several calls to our midwives.  They were on their way to our house and for the second time in 24 hours, I was filling up the birth tub.  This time I knew it was for real.  There were still a lot of unknowns but I knew this was the real thing.

I left the details of my wife’s birth plan up to her.  There is no place for a man to be telling a woman what she can or can’t have when it comes to her birth.  She spent upwards of 12 hours over several days getting her birth room ready.  I helped her with hanging things on the walls and doing other “man-stuff”.  I knew that she knew what she needed to make her comfortable and make her experience special.  As the members of the birth crew arrived, consisting of midwives, doulas, friends, our other 2 children and a videographer, the setting my wife had created made an impression on them all.

I was doing my best to be out of the way and involved at the same time.  My wife had been having fairly strong, regular contractions for a few hours.  The members of her birth crew were all chosen after careful consideration.  My wife’s latent knowledge of economics helped her select these special people.  They each filled a role better than any other person could; comparative advantage in action.  Most surprisingly was the role our daughter played.  There are days when I wonder if my step-daughter will ever “get it”.  Seeing how our 9 year old played a role so vital, second only to the midwives, answered that question.

My wife was worried about how I would feel about seeing her in pain.  I knew the pain was part of the process.  I also knew that the birth process is not linear.  At one point, my wife was really struggling both physically and mentally.  Up to that point, I was not nervous or scared.  My wife made a decision to ask everyone to go into another room so she could concentrate on herself and her birth process.  Now, 15 feet away and only able to hear what was going on, my brain went to a scary place.  I was okay seeing my wife in pain.  Hearing my wife in pain was most uncomfortable.  Worst case scenarios flashed through my mind every time I heard my wife express pain.  What-if scenarios I never imagined could flash through my brain began to seem completely plausible.  So much remained unknown.

I will never forget the instant Maureen called me (and only me) aside and said that my wife had progressed to a point that she was ready to push.  So many unknowns became knowns.  I knew my wife was going to be okay.  I knew the baby was head down.  I knew the baby was ready to meet his family.  I knew Lily was going to need me to give her encouragement and strength for what lay ahead.  I knew my life was soon to be forever changed.

12:20 AM, January 10, 2012. My wife had been pushing for about 30 minutes.  I don’t think Lily noticed the midwives prepping for what they would need the instant our baby had been fully birthed.  Out of the corner of my eye I saw them getting blankets, scissors, stethoscopes, clamps and other items ready.  I was in the birth tub with my wife and with every push I knew she was getting closer to the end.  I was so impressed by her physical abilities.  I could feel her body tense up as she pushed.   She just about crushed my rib cage on more than one occasion.  I remember my wife reaching down and feeling our baby’s head.  Just a few pushes I thought and we would be face to face with our little one.

I didn’t get a glimpse of our baby until he was swooped out of the water and placed on my wife’s chest.  I was informed, rather comically, by my wife that it was a boy.  Another unknown, known.  As I peeked around my wife’s neck to get a look at him, he was already looking up at mama with a look that is now quite familiar.  I remember touching his tiny hands.  I remember kissing my wife on the cheek.  I recall her saying to him “We did it.”  They had indeed done it.  They had made me happier than I have ever been.

My wife, baby, and I eventually managed our way out of the birth tub.  I won’t forget the first time I held my little boy.  He was so calm.  He was so small.  He had black hair!!!!  He looked like mom.  He has a look that I saw the first time I held him that I still see every so often.  I bet I will see it as he grows into a man.  I know that no matter how old he gets, when I see that look, I will think back to his first hours on earth and recall with great happiness the journey he and his mother took and those first moments in my arms.